By now, everyone in the pharmacy industry has heard of medication synchronization. If you’re not syncing patient medications, then your pharmacy is probably sinking. However, before you can begin this life-changing service with your patients, you need a “yes.” Some pharmacists hear a “no” and may get discouraged, but be mindful of an advantage you have that not many other health providers have: patient trust.

Kim Bost of Homer Drugs in Homer, Georgia, has fully embraced medication synchronization. For over four years, she and her team worked tirelessly to educate and incite their patients on the advantages of med sync, resulting in over 40% of Homer Drug’s volume becoming synced medications.

When Kim, the owner-turned-Clinical Programs Specialist, made the decision to switch to PioneerRx, the synchronization functionality was one of the features she was most excited about. Little did she know, it would become a vital part of the pharmacy’s workflow. “It’s a crazy story, but within a week, I ended up losing a pharmacist and a lead tech who were pretty much the only experienced people in my store,” Kim recounts. “When we went live with PioneerRx, I immediately started syncing because that was my lifeline. I knew that if I didn’t improve that workflow with all new people at that store, we weren’t going to make it.” As soon as Kim felt completely comfortable with processing prescriptions with her new software, she made synchronization her top priority.

Within the first week, Kim and her staff identified 60 potential candidates for the med sync program. They looked for patients on high-dollar or brand name medications, had chronic disease states, and “frequent flyers,” or the patients who visited the pharmacy daily. After finding and enrolling the “low-hanging fruit,” Kim turned to the reports in PioneerRx to find more patients who could benefit from sync. At each monthly staff meeting, Kim handed her sync team a new report of patients who needed to be offered synchronization.

After they identified the patients, Kim and her staff addressed the challenges that made them non-adherent and presented them as opportunities. “For example,” Kim says, “if a patient walked in and didn’t have any refills, we would take that opportunity to say ‘If you sign up for our sync program, you would never again walk up to our counter and hear that you don’t have any refills.’” The staff at Homer Drug listed other benefits, such as saving patients time and fuel by reducing the number of trips to the pharmacy. Everyone was trained on exactly what to say to a potential med sync patient, and when needed, Kim occasionally stepped in to reinforce the message.

Kim notes that her patients were widely accepting of medication synchronization. “No” was a response she rarely heard, and she cites 3 key factors: influence, trust, and relationship.

I think the influence that we have with our patients and our trust level really propelled our program because we have really solid relationships with people, and they knew from the onset that we would never steer them wrong.

The occasional “no” is from patients who have higher copays and pick up several medications throughout the month. Kim gives these patients the option of an AR charge account. Ultimately, she reassures them that they have the final say in their health care.

As for keeping the program thriving, Kim asserts that education is critical. “You have to continually reinforce how and why med sync works,” she says. Educating physicians on the necessity of medication synchronization was a temporary obstacle for Homer Drug. Once synchronization became a more widespread practice, more prescribers were open and understanding. Many of Kim’s patients have fully embraced med sync and taken a proactive approach to it. “A large percentage of them now proactively call us if anything changes,” she says. “That’s the result of being very intentional with their education.”

With medication synchronization, community pharmacies have a unique opportunity to make a positive impact on their patients’ health. Through their patient relationships, pharmacists and techs can potentially reinforce their influence and trust with a service that benefits everyone.

For more information or any questions about med sync, Kim can be reached at her email address: kim@homerdrug.com. She would love to help her fellow pharmacists who are passionate about sync and workflow!

Is your pharmacy software equipping you with the most cutting-edge tools and synchronization functionality? See why pharmacists like Kim rely on PioneerRx for their pharmacies’ med sync needs. 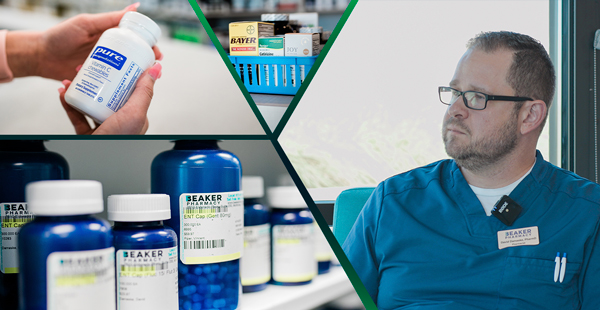